This is 5 part blog series, on how to “Cost Optimization for On-demand Private Build Server for SharePoint". Although I specifically write this for SharePoint's build server, however the concept and ideas is also applicable for anyone looking for optimizing their cost running private CI/CD (Continuous Integration/Continuous Delivery) in Visual Studio Online. The series in these articles are:

Many of you might already know about Team Foundation Server (TFS) the on-premise source code management, work item management, reporting, and developer's collaboration tools. Since the booming of cloud services, Microsoft also bring TFS to online – known as Visual Studio Team Services (VSTS). The VSTS is a collection of hosted DevOps services for application developers, which is managed by Microsoft. Using VSTS provides additional benefits compare to TFS, because of some reasons:

If you haven't subscribed for VSTS, please heads on www.visualstudio.com and subscribe for it. And the good news is, its free for small team up to 5 users, and its free for MSDN subscriber. I know many of use, loves free goodies – so if you are running a small team just give a shot.

There are many features that we can explore in VSTS, but let's focus on Build and Release Agent. Together with the free subscription, you will receive up to 240 minutes hosted agent and maximum 30 minutes job duration for free, per month. This calculation will reset on the monthly billing cycle. You will also receive 1 free private pipelines. All of these information is available when you access Settings -> Build and Release -> Resources limits .

Build and Release are tow of the DevOps services in VSTS and TFS that help to manage continuous integration (CI) and continuous delivery (CD) of applications. CI is automatic merging and testing of the code, it helps to catch bug early in the development cycle, which makes them less expensive to fix. CD is automatic process where the code is built, tested and deployed to one of more environment. Automatic delivery drives quality since this process can be executed multiple times in different environment with no or less human intervention – hence it consistence process across different environment. To build the code or deploy the application, you will need at least one agent. There are two types of agents in VSTS:

There are many VM configuration options in Azure VM, for this purpose we are looking for the cheapest configuration and yet still operational. I will use Windows OS VM since I will install SharePoint 2016 bit in the server, with Pay As You Go price. I choose Pay As You Go price comparison, so it will be same as VSTS hosted pipelines monthly subscription. B1S VM ( USD 12.41 / month) Initially I tried B1S configuration (1 CPU, 1GB Memory, 2GB temp storage) – this configuration is too slow for the build server. I have spent hours of waiting the internal operation of the server before I can install or open a console to run the script. Even after I have successfully configured the VM, it takes very long time for the service to appear in VSTS build agent readiness status. B1MS VM ( USD 23.36 / month) I thought it was memory issue, and I thought I need more memory for build server. Then I choose B1MS with slightly more memory then B1S. B1MS has 1 CPU, 2GB Memory, 4GB temp storage in its configuration. However, this configuration is also too slow for the build server. I don't feel any performance different while configuring and connecting this configuration to VSTS. A1 v2 VM ( USD 39.42 / month) If it was not memory issue, I thought using faster disk will be better. Then I choose A1 v2 that has faster disk with comparable configuration with B1S VM. The A1 v2 VM has 1 CPU, 2 GB Memory, 10GB temp storage and faster disk. The pricing guidelines said, that it is suitable for build servers, code repositories, low-traffice websites and web application. Although this VM is better than B1S, however it is still too slow for the build server. B2S VM ( USD 47.45 / month) My next experiment is B2S VM, which double resource configuration from B1MS counterpart. This VM has 2 CPU, 4GB Memory and 8GB temp storage. This time, I can feel that overall installation experience was sufficient – it is functional and I don't need to spend my time waiting for the Operating System to work in the background. Effectively, I can install all software which are needed for my build server. I believe that the CPU does matter, the build server will require at least 2 core CPU. I check pricing guidelines for other VM's and B2S VM is the most cost effective and operational.

You can install third party component for build

Provided and managed by Microsoft

Can not install third party component for build 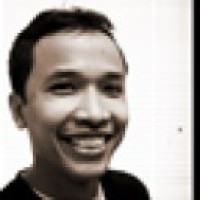